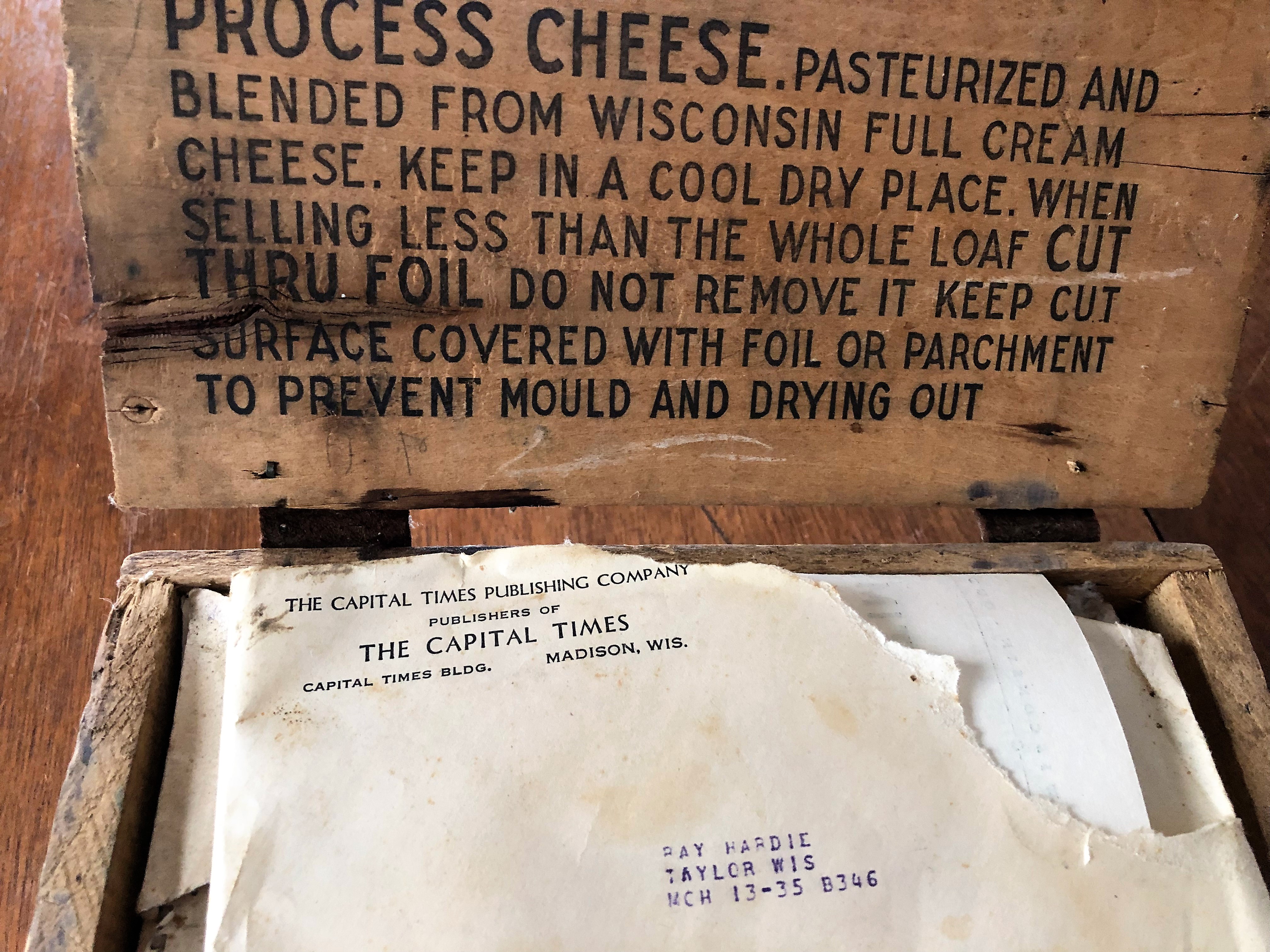 Reliving past times through old documents

The contents of an old wooden cheese box sitting on a shelf was my ticket to a trip into the past.

I took the box down and decided to go exploring.

George “Ray” and Hilda Hardie — my great-grandparents — and their three children moved to our farm in October 1923 to start a new life.

Their farming aspirations took a severe blow on Nov. 3, 1925 when a fire started in the barn. The fire quickly spread, burning down the barn — killing 15 animals — and destroying the house.

With the help of neighbors, Ray and Hilda started over, only to endure more hard times when the Great Depression hit. Money was hard to come by. A molten chunk of coins that was melted in the fire was chipped at to salvage the few pieces of metal currency that were still usable.

Their oldest son Keith — my grandfather — went to work at a young age. He farmed, did carpentry work and started a cream trucking route for area farmers near Ettrick in 1928 at the age of 18.

Evidence of his cream route is visible in dozens of tickets stuffed into the box that covered many years. One of them from 1934 shows that Keith picked up 36 pounds of cream from his father’s dairy cows and delivered it to the Ettrick Creamery. The cream — hauled in a milk can — was graded “sweet and fine,” the top rating for cream.

Keith also started a bus route so his sister, sister-in-law and her brothers could attend high school in Melrose. It was an educational level he never obtained, as he joined the workforce after finishing eight grades in seven years. Yet he went on to a career in public service, serving in the Wisconsin Legislature and as a U.S. marshal.

The middle sister — Leone Mattson — became a teacher and spent more than 50 years in the education profession. 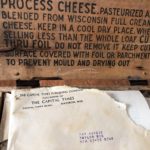 This old cheese box is stuffed with memories 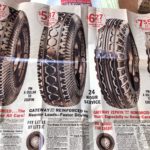 An old advertisement from the 1930s for car and farm tires. 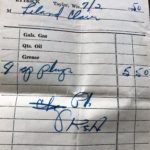 A receipt for spark plugs. 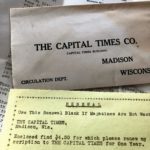 A circulation letter from the Capital Times newspaper. 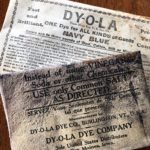 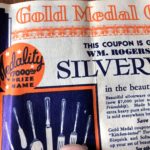 A coupon from Gold Medal Flour 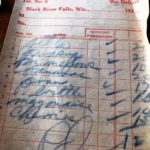 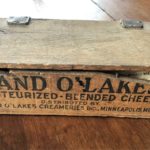 Many treasures were found in this old cheese box. 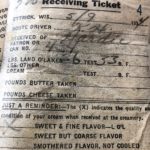 A ticket showing the pickup of sweet cream from the farm.

Clothes that could be mended were never thrown away, so saving cloth for patches was important. Making clothes also saved money. Inside the box were four packets of Dy-O-La navy blue clothing dye — just mix with salt — and one brown color. There was also one yellow powder labeled Putnam Fadeless Dye.

It was the age of couponing and savings stamps. A Gold Medal flour coupon in the box could be applied to collecting pieces of silverware from W.M. Rogers & Son.

The vegetable garden provided food, along with animals who were butchered. One note written on sheet from Mulkey Salt of Detroit, Michigan looked like some sort of recipe for hog food — 50 pounds of corn, 50 pounds of alfalfa meal and 25 pounds of meat scraps.

Sometimes you needed to buy food from the store, such as a paid on account receipt for $1.27 from the Walter Niederloh Red and White Store in Black River Falls.

A subscription renewal letter from the Capital Times — the largest circulation newspaper in Wisconsin outside of Milwaukee — touted its coverage and asked for $4.50 for 52 weeks.

A glossy flyer from Spiegel Inc. of Chicago had many vehicle tire specials, starting at $4.27 each when bought in pairs.

The baby of the family — Sara — had her name written in pencil on wooden fork. Perhaps it was some sort of school project.

Through grit and determination, my great-grandparents did survive the Great Depression and kept the farm. In 1944, they were joined on the farm by Sara and her husband Leland Clair, who were married the year before.

Evidence of their life was found in another box that held Leland’s Bible. Numerous receipts showed purchases from O’Hearn Auto Company in Melrose or from Hardie’s Cities Service station, a garage and gas station that Keith had opened in downtown Franklin. “Call 19-F5 Ettrick for your hauling needs.”

It was this same time that a 90-day promissory note for $350 issued by the Ettrick State Bank to Leland became due. The note — dated April 4, 1950 — was at 8 percent interest.

Uncle Leland died in March 1974. Aunt Sara lived in the homestead house until she died in 2004.

My wife Sherry and I came to live in the house in 2006 and some of Aunt Sara’s — and her mother’s possessions — remain.

My time trip on this day ended on the bottom of the box where there were a dozen rusty furniture tacks.

When one grows up in the Great Depression, you never threw anything away. I saw no need to do that now.

I carefully put everything back in the box and placed it — and its story — back on the shelf.